I don’t always get into “Repost this if you love your children”, “Like if you want a cure for Cancer” (or other attention-seeking posts) or surveys on Facebook, but I thought this one was kind of cute.  Granted, my “babies” are 11; I realize the answers would have been much funnier if they were 4, but I’m working with what I have.
I posed these questions to the twins.  Here are their answers:

Without ANY prompting ask your kids these questions. It's a great way to see what they think. Copy and repost
Asa & Aiden, Age 11.
1.      What is something I always say to you?
I love you
(I really thought they would say “Check your blood sugar” or “Brush your teeth”.  Glad they hear “I love you” more than my nagging!)

2. What makes me happy?
When we’re quiet.
(So much makes me happy, like good sugars, brushed teeth, good grades in school, decent behavior.  Quiet helps, too!)

3. What makes me sad?
Nothing makes you sad.
(I guess they don’t see me cry much really.  I try to keep too many negative emotions off their childhood plates.  Diabetes makes me sad…A LOT!)

4. How do I make you laugh?
Asa says, by telling my awesome jokes!
(Admittedly, he’s a very funny kid, and he does make me laugh a lot!)

5. What was I like as a child?
*I don’t remember how they answered this one*

6. How old am I?
41
(Can’t fool them anymore.  For the longest time, I had them convinced I was 29, which is odd since I was 30 when they were born.  Now, their math skills are too strong to blow that one by them!)

8. What is my favorite thing to do?
Sleeping, and spending time with us
(Since I work so hard and Diabetes takes so much….yes, yes I like to sleep.  Spending fun times with them is great, too, because one day my nest will be empty)

10. What am I really good at?
Cooking
(Seeing how they reject a more-than-fair percentage of the meals I cook, I was a bit surprised by this response)

11. What am I not very good at?
You’re good at everything.
(I beg to differ.  I can think of a good list of things I suck at)

13. What is my favorite food?
Mexican food
(And one of the many reasons I am carrying too much weight right now!)

14. What do you enjoy doing with me?
Taking Walks and cuddling
(True story!).

So, have a little fun and ask your kid, too!
Rhonda

Posted by Rhonda Fuselier at 1:17 PM No comments:

I was in the best physical shape of my life the two years before Diabetes struck our family!  Over the past couple of years, I have slowly put on 15 or so pounds. Diabetes, stress, fatigue, age…it all added up.  This doesn’t make me feel good, so I decided to take charge! Last fall, I decided to step up my fitness game (since I really had a pretty pathetic one) and started with a new local gym.  I did a “Challenge” over my busiest time of year.  Despite a vacation in Mexico, birthdays, lots of work, etc…I still lost 5 pounds.  It was just a little dent into the 20 pounds I wanted to lose, but it was a start.

After October, I continued 1-2 times per week doing weights and cardio at my regular gym, then I added twice-weekly fitness regime with the new gym.  Maintained during the holidays, so I consider that a win!  At the first of the year, my new gym, let me call it CoolGym, decided to host a “Detox”.  I needed another booster to jump start with weight loss, so I joined the 21-day challenge.

Complete with signing up for the Detox, CoolGym provided access to a book written by a couple (I'll call them the Yuletides) who really believe what they’re selling. Of note, the Yuletides are “Health Promotion” experts, not physicians or nurses.  I'm not discounting their knowledge of their trade or nutrition, just stating a fact.   Frankly, I’m not much of a tree-hugger, but the underlying principle of what they had to say in their booklet IS valuable.  Basically, whole unprocessed foods.  Cut out the fats, trans fats, processed foods, caffeine, dairy, sugar, and much to my chagrin, alcohol.  Wine and cheese hiatus ensues.  The meat and bones of it is lean meats, loads of fresh veggies, tons of water.

They make a lot of claims that by following this detox, one will have less constipation, bloating, fatigue, cravings, inflammation, stress, etc.  It’s all pretty true.  On my sixth day in, I have lost 3 pounds and my stomach went from looking like 7 months pregnant to 5 months. (I’m aiming for the non-pregnant look).  They go into a lot of detail about macros, pesticides, heavy metals (not the Metallica version), toxins, blah blah blah.  I really think some is very good and valuable information; some is a bit of a tree-hugging stretch; and some is downright hooey (I just really don't think the aluminum in my deodorant is going to give me Alzheimer's)!

It’s all good though.  As I’m reading this, I have an open mind, keeping my eye on the end goal.  Feeling better, losing weight.  I want to read and understand it all thoroughly, even though it really isn't rocket science to me. I dismiss the hooey, stick with the solid principles that I know to be true.  But then…then it happened. 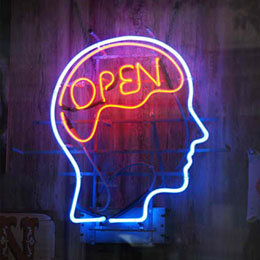 Exhale.  Shake my head.  Want to fire an email but realize you can’t fix dumb.  Brew about it. 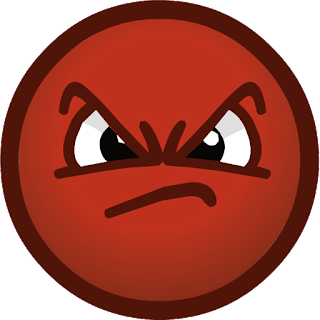 Under the heading AutoImmune Disorders, the Yuletide's write:

“Autoimmune diseases affect 24 million people and include but are not limited to:…Type One Diabetes. They are caused by the immune system losing its ability to differentiate between proteins belonging to our own bodies with proteins belonging to a foreign invader (bacteria, viruses, or parasites). Symptoms start to present when damage occurs to cells, tissues and/or organs in the body, this happens because our own immune system is attacking those cells. Each autoimmune disorder is determined by which proteins/cells are being attacked.”

(So far, so good, right).  Then they continue, “…Bottom line is that the root cause for all of the diseases listed above are the same. One can have a genetic predisposition to autoimmunity but 75% of your risk comes from environmental factors that include: diet, lifestyle, infections (prior and ongoing), exposure to toxins, hormones, weight, etc”   THIS is where they lost me.  Now, I rant!

75%?!  75%!   Guess what?  THIS is where I call BS!  The mere IMPLICATION that genetics only contributed 25% risk to this disease and the rest was CAUSED...caused by diet, lifestyle, etc!  GROWL! Tell the mother of the 8-month-old who had virtually nothing besides breast milk up until diagnosis that her baby’s diet and environment precipitated the onset of Diabetes. What about all the children whose parents let them be sedentary and feed them garbage?  They don’t get Type ONE because of it (Type 2 is a different story).

I had two healthy seven-year-olds.  We limited processed foods or fast food.  They have a fruit and a veggie every meal.  They were active and of normal size.  Matter of fact, at dinner yesterday, they asked me for more KALE!  Since we were out, Aiden sauted up more himself!  KALE!  Unfortunately, they had a genetic predisposition to develop this craptastic disease, and even if I fed them completely organic, never vaccinated, or made them do hot yoga…it was going to happen.

I will concede the point that ABSOLUTELY diet is a huge contributing factor in the maintenance and control of many autoimmune disorders, but diet didn't cause them.  Diet, weight, and lifestyle are HUGE pieces of Type TWO Diabetes (which is NOT auto-immune).  As a matter of fact, in many cases, it can be halted by changing those things. A poor diet can precipitate exacerbations of certain diseases. A healthy diet with lean meats, veggies, fruits, no processed food, etc. is good for EVERYONE!  A healthy diet helps my boys maintain a steady glucose and lessens the amount of insulin they need.  However, diet alone will NEVER free them of the need for extrinsic insulin.  Only a cure will. 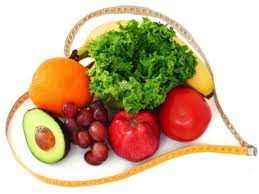 I’m not sure how many people signed up for this Detox, or how many have done this before.  Regardless, let’s say easily hundreds of people read this information, thus “up to 75%” of them do not understand auto-immune diseases or Type One Diabetes.  Thus, that many people are fed incorrect information from non-medical professionals.  Which leads to an entire cascade of problems and misperceptions and dumb remarks.  Ask any T1D parent…we’ve heard them all!

So, for anyone out there who reads this, my chidren’s diagnosis was not caused by toxins, lifestyle, weight, hormones, or their diet.  It was caused by an auto-immune disease to which they were genetically predisposed.  (Same set of genes has yielded them gorgeous giant blue eyes, wicked above-average intelligence, and wit and charm!)   I DID NOTHING wrong to precipitate the disease.  Like most T1D kids, THEY are innocent children who did nothing wrong either.  It is what it is. Through healthy diet (which I would promote regardless of T1D), exercise, AND the mandatory use of insulin, they will grow to be happy and healthy adults…adults with Type One Diabetes. 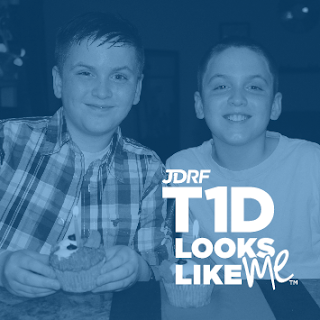 Rant over.  Moving on. 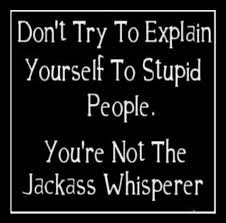 Rhonda
Posted by Rhonda Fuselier at 12:09 PM No comments: