In my family, I was the third child, the youngest.  I have a sister who is four years older, and my brother is 11 months older.  (Yeah, my parents wasted no time!)  When my mom was pregnant with me, my dad swore I was another boy and refused to even discuss girl names with my mom.  Joke was on him.  He was a bit surprised when I emerged, three weeks early, distinctly lacking a penis! (I had stuff to do, and sitting in the uterus getting fat wasn’t one of them).

Since my sister was SO much older than I, she felt she was too big (*read, too good to…*) play with me.  By process of elimination, I played with my brother.  We play GI Joe, He-Man and Cars.  We shared a room until I was about 8. When I was about 9 or 10, I traded in my powder pink bicycle, complete with basket and banana seat, for a boys’ BMX.  Yep, I was that girl outside riding bikes and jumping ramps with my brother, his friends, and the neighborhood boys.  From the get-go, I learned how to get along with dudes!

I always kept a core group of close female friends, but I was always friends with guys, too!  I got them.  I understand them. I like them. They entertain me.  Our brains work alike. I’m very analytical and logical.  I don’t like to talk too much. I’m direct and honest.  And, I despise playing games.  What you see is what you get.  I’m friends with my husband’s friends.  I’m friends with my friends’ men.  I get along well with the male physician staff.  Guys come to me to talk about woman problems, hoping I can offer insight.  In many great man-woman debates, you’ll find me taking the guys’ sides. I’m just really a dude in so many ways. I think my dad may have been onto something when he suspected I was a boy!

Here’s where the problem arises.  Way too many women do not understand a woman who is friends or friendly with men.  For me, they’re so much easier to get along with.  These women’s jealousies and insecurities get in the way of clear vision. Similar thing happens on Facebook where women get upset if a dude is talking to me, reconnects, whatever. The ladies who know me would trust me overnight naked alone with their men.  Besides the fact that I just get along well with men, they know me and how my brain works.  They know I believe in strict rules in relationships…it’s black and white, no blurring of the lines. They trust me whole-heartedly because…

Over fifteen years ago, I met this guy 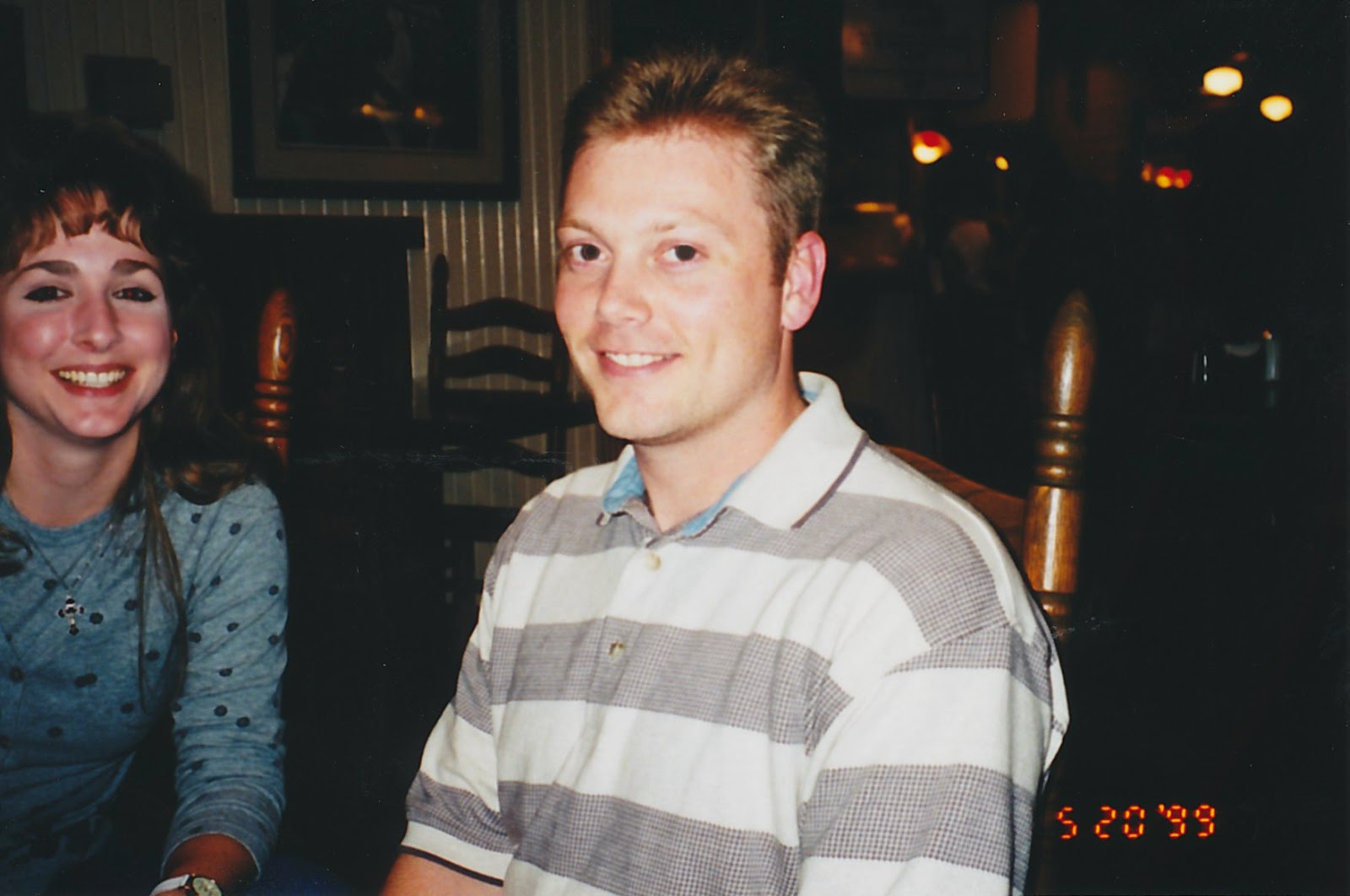 Didn’t take long to figure out he was the one.  It didn’t take him too long to figure out that he’d met his match.  Here was a smart woman, who didn’t need him, and whose brain did not operate in the stereotypical womanly ways.  No games.  Straight-forward. He’ll tell you himself, I’m a dude in a woman’s body, which is one of the reasons he loves me.  I understand him; he understands me. We married 16 months after meeting. 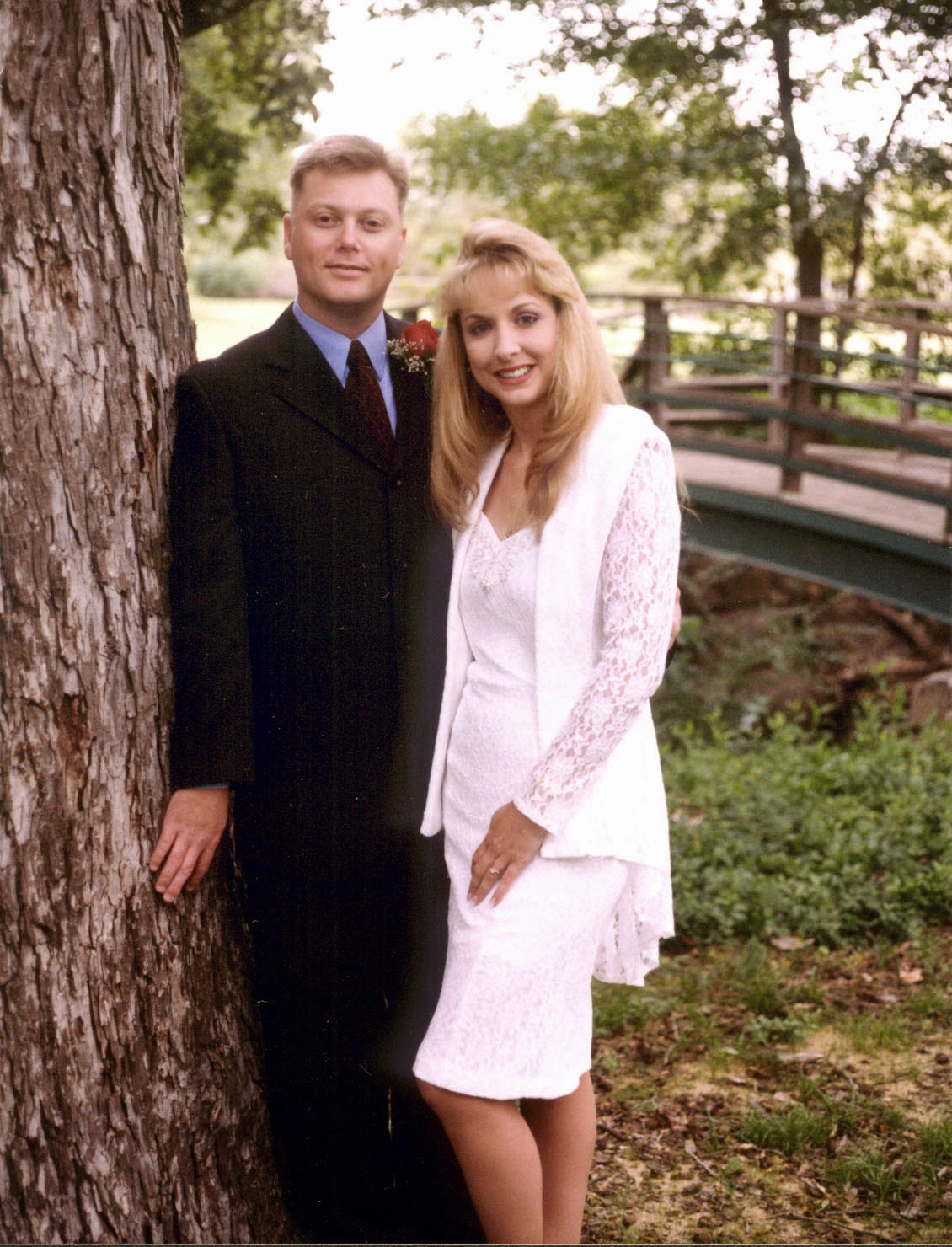 If I haven’t made you sick by mentioning it before, then get the barf bag ready.  This guy is the one for me.  I’m in love.  No doubt.  Are there days I want to choke him out?  Absolutely, but I can’t imagine my life without him.  He’s the only one. The only guy who stands the REMOTEST chance against this guy.... 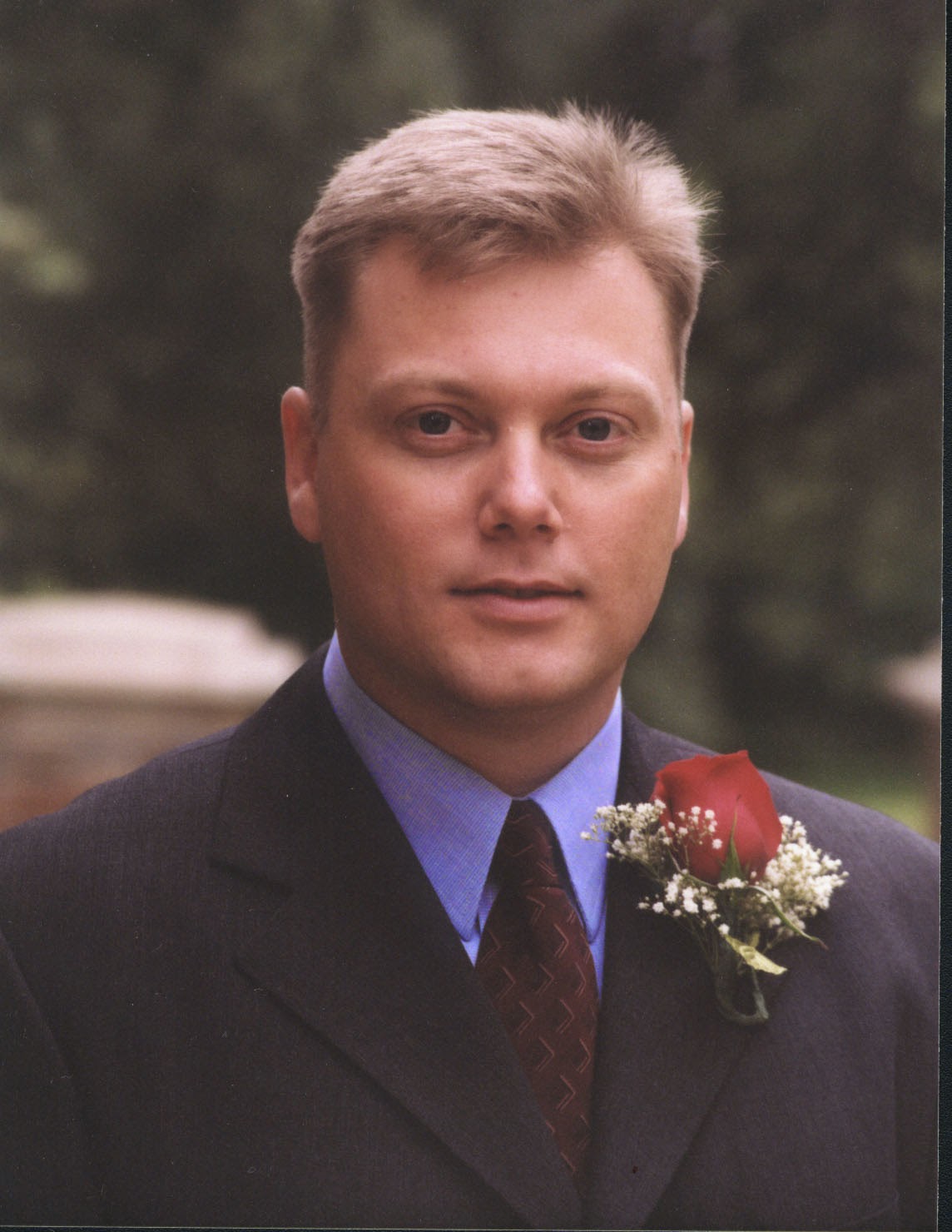 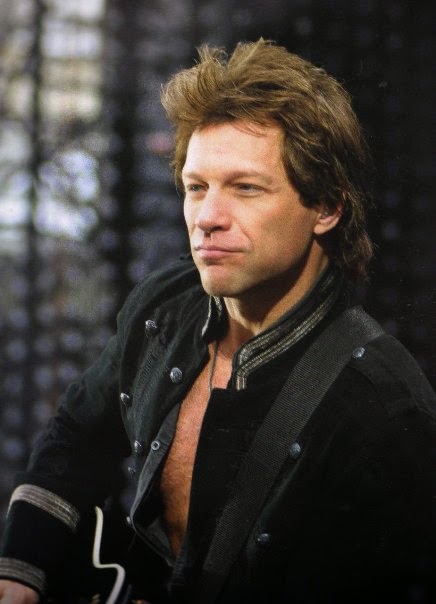 …and since we all know that’s not going to happen, I think he’s safe.

Now to my point, because of my friendliness, camaraderie and friendships with guys, WAY too many times, I’ve been given dirty looks by other women.  Classic example happened recently.  When I went to Kerrville in April for a Diabetes retreat, I met a few other families…one dad in particular had a girl about my boys’ age.  I’ll call him Mr. Nice Guy. We said hello, talked Diabetes, etc.  His wife wasn’t with him, and my husband wasn’t with me.

Fast forward to June.  Jerry and I went to a Diabetes Conference in Austin. I walked right up behind Mr. Nice Guy while checking in.  He had his wife, Mrs. Not-so-nice with him.  He recognized me, we chatted briefly, introduced him to my husband, explained how we knew each other, etc….and we moved along with our day.  Well, Mrs. Not-So-Nice gave me the evilest look.  I just ignored it.  I’m used to it.  Over the course of the day, we saw them a few more times.  Each time I’d offer a friendly smile or say, “Hello again”, and each time I received a snarl from Mrs. Not-So-Nice.  I found it funny when finally MY husband said, “Why does she keep looking at you like that?!”  He noticed.  It was so flagrant.  I told him I was used to it, at which time Jerry added, “Some women just don’t understand that you just get along with men well, do they?”  Nope.  Story of my life.

I used to let those types of reactions bother me, but I don’t now.  Rather, I recognize it as that person’s insecurities, because if she knew me, she’d know there’s not a chance in Hell I’d give him the time of day unless he suddenly morphed into this guy... 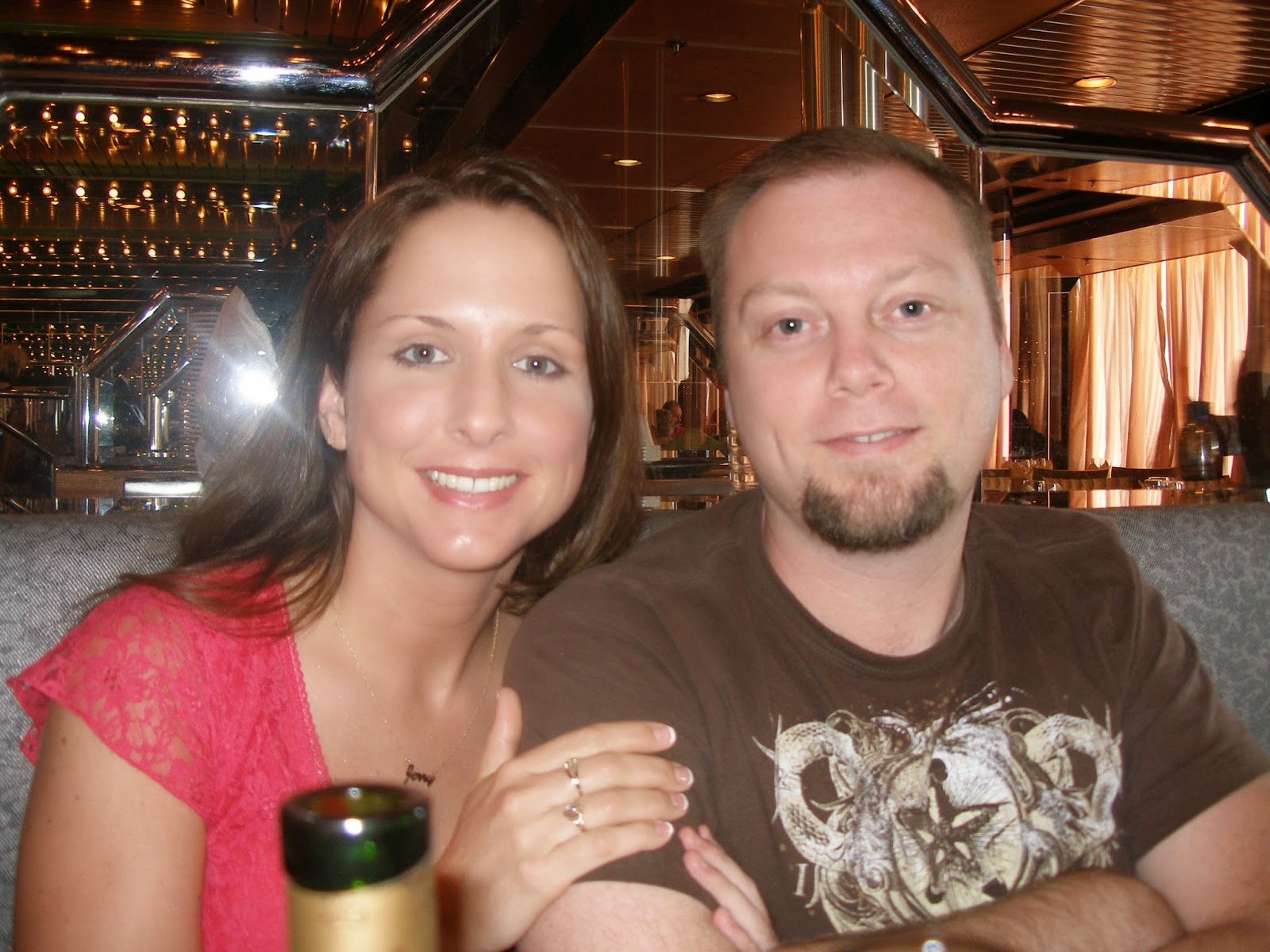 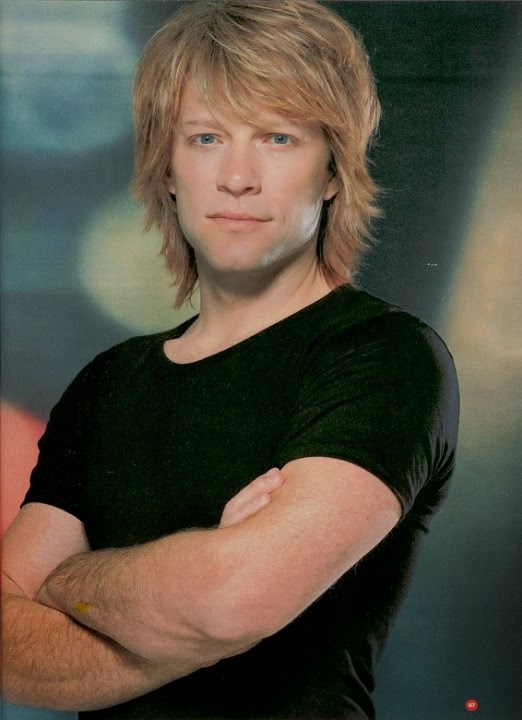 I love me some pretty men, 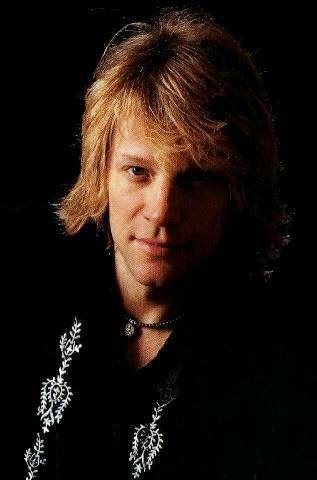 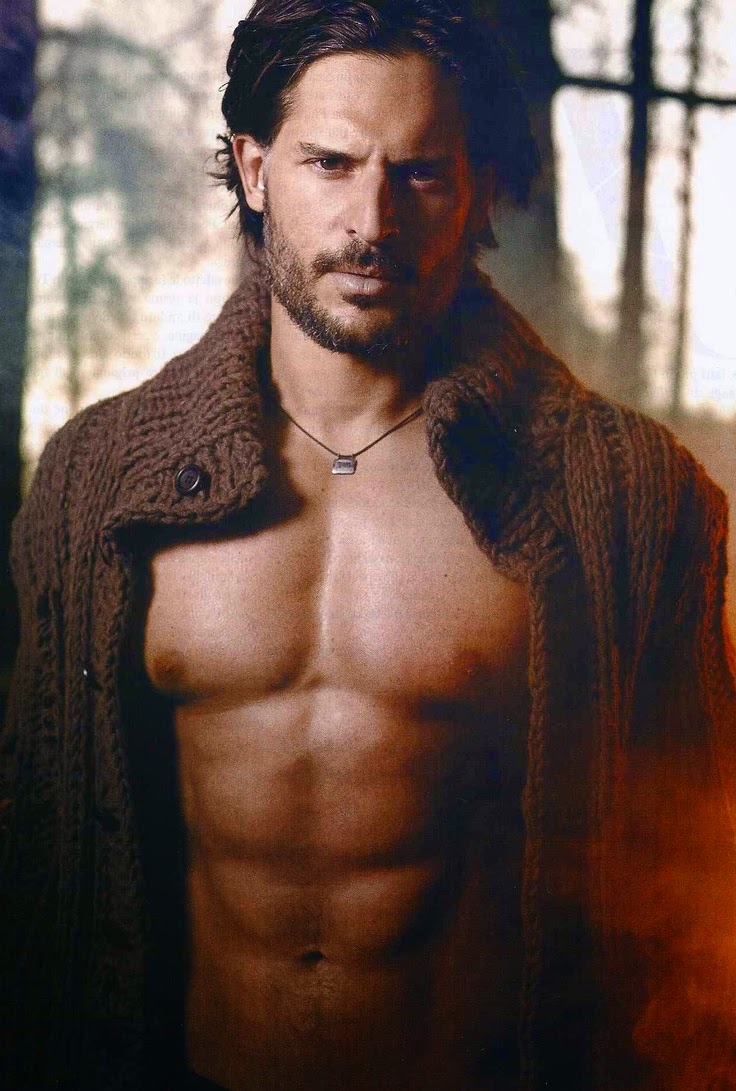 ..I mean, nobody gauged my eyes out when I got married, and I like talking to men and hanging out with men, but there’s only one man in my life. 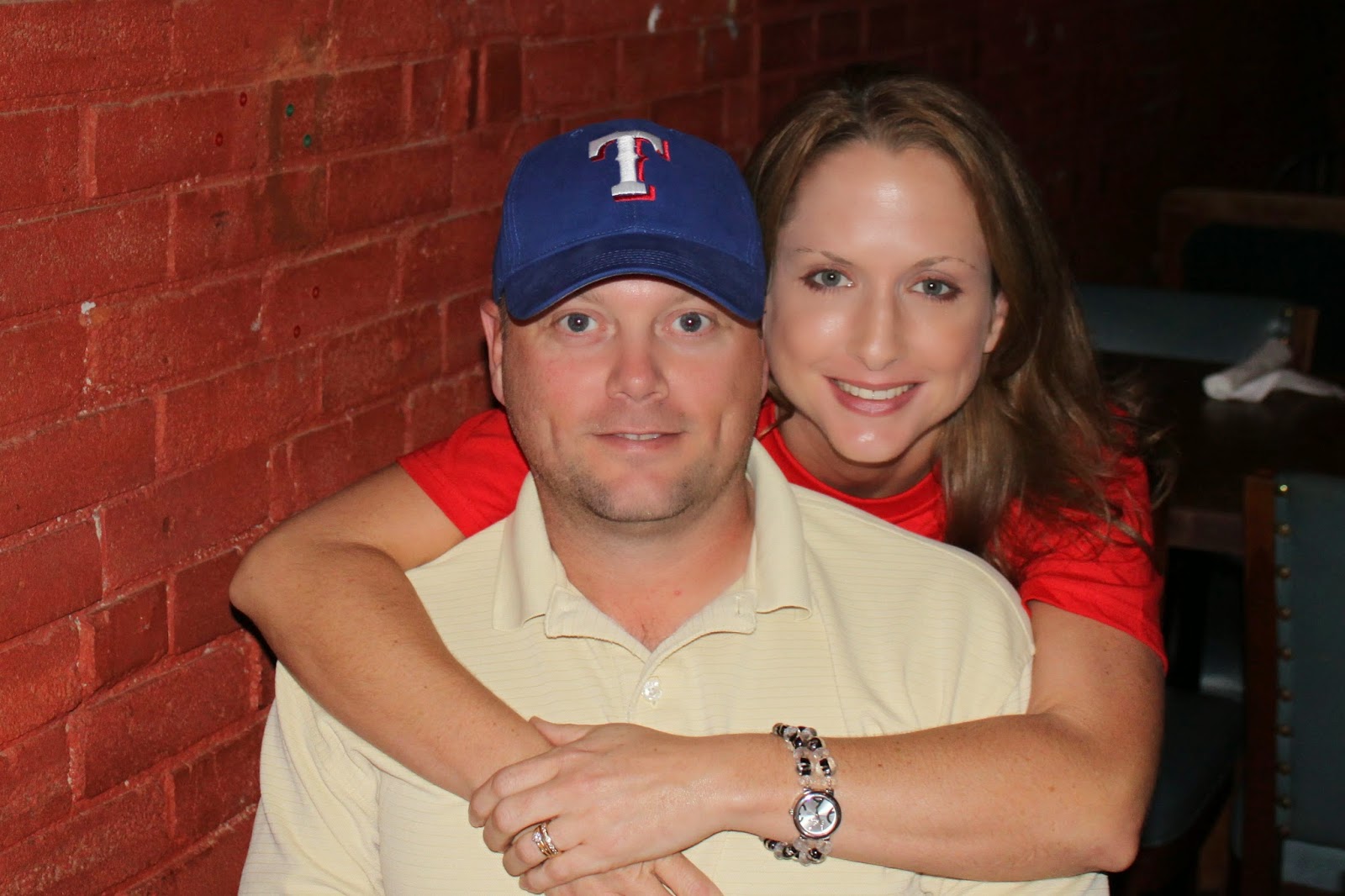 So, if you haven’t been around me much, and didn’t know this about me…relax.  I have a man who I’m madly in love with.  I don’t want yours.  I’m not a home-wrecker, nor do I have the time and energy to lie, cheat or train another one!  But, I will be friendly and sometimes flirt to boost his ego.  That’s all it is.

So, no more dirty looks!   Can’t we all just get along?

Rhonda
Posted by Rhonda Fuselier at 3:57 PM No comments: