Bright Stars in a Dark Sky

I have mentioned in conversation multiple times, in my book, in blogs, etc. that 2012 was a very dark year for me.  Aiden was diagnosed with Type One Diabetes in February, and before I could pick myself up completely from that, his twin Asa was diagnosed also in August.  I was sucker punched in February, and then kicked in the heart before I was up off my knees.

I am not really a doom and gloom kind of gal, but truthfully, this was easily the darkest and hardest year of my life.  Being betrayed by a friend and going through a divorce doesn't hold a candle to having your babies diagnosed with a difficult chronic incurable disease.

Regardless, after discussing 2012 the other day, I began to rethink 2012.  It sucked, don't get me wrong, but it wasn't ALL bad.  Some really cool stuff happened in 2012.  These events were like bright stars in the dark sky that was 2012.

In April, I hosted my daughter's wedding shower.  I had a lot of fun planning this great party for her, and my "girls" helped me to embarrass her pretty well.  I did not (and still do not) want to let my baby go, but if I had to, I was going to do it with a bang!

Also in April, I was honored to be asked by one of my closest friends to be her Matron of Honor in her wedding.  I had always been the bride; never the bridesmaid.  I was elated to finally see her genuinely  happy. So, we had a cool Bachelorette party and a beautiful outdoor wedding.


My two out-of-state nephews flew into town for Courtney's wedding. I always LOVE seeing them and spending time with them.  So, a couple of days before the ceremony, we had a family outing to Six Flags.  Diabetes helped make it a cool experience (albeit stressful) as we took advantage of the disability pass.  We had so much fun, and I was tickled to have my "babies" all together. We had even more fun after the wedding going to Rangers games and having XBox wars!


In June, my daughter was married.  As I have mentioned before, Diabetes interfered with my level of involvement in the planning and paying for the wedding, but she still had a lovely ceremony.  So hard and so sad to let my baby go, but she was beautiful!

At very end of September, I hosted a Surprise 40th birthday party for my husband a few days before his actual B-day.  He was in the dark the entire time until he saw his buddy's bucket head through the restaurant window.  We had such a good time celebrating him!  He is "decades" older than me now!

While we were on vacation, I willed my friend's twin babies to stay in the uterus so I could participate in her childbirth!  On my birthday, I planned to have lunch with her, take a nap, then have my birthday dinner with my family.  I stopped at the hospital for some task just before leaving for lunch.  Before I even left the hospital, she called me because she was being admitted to deliver her twins at 36 weeks gestation!  I grabbed some scrubs and clocked in to take care of her.  Yep, I had to WORK on my birthday!  But, it was so worth it.  While getting her ready for her C-section, she informed me that she and her husband had decided to give their newborn daughter my name as her middle name.  I teared up.  What an honor! I knew I was hilarious at 3 am, but I didn't know I meant that much to her.
There was only ONE thing missing in 2012.  But, truthfully, I spent so much money on hospital bills and medications that I would not have been able to afford my biggest self-indulgnce....so it's just as well. But, I did miss him and could've used his "dope" dose.... 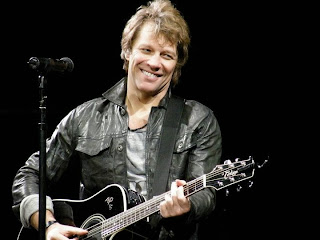 In 2012, I felt Diabetes had stolen my soul.  My heart was refilled by the light of these stars that shone through that dark sky.  Despite the darkness inside of me...Yes, I smiled.  Yes, I had fun.  2012 was not all bad!  Thanks to those who love me most who helped bring me light in my darkest time!  You know who you are, and I hope you know how much I love you, too!

Posted by Rhonda Fuselier at 6:18 PM